You are here: Media Center


LANCASTER, SC (03/29/2019)- Nutramax Laboratories hosted business and community leaders, as well as local elected officials, on Thursday, March 28, 2019, to celebrate the groundbreaking ceremony for its latest expansion announcement. This was the second expansion to date in Lancaster, South Carolina for Nutramax Laboratories since the company moved its animal health manufacturing and corporate headquarters from Maryland in 2010. During the ceremony, speakers included company leadership, local leaders, and South Carolina Governor, Henry McMaster.

“Thank you to Lancaster for being such a wonderful and welcoming community.” Robert Henderson, P.D., N.D., Nutramax Laboratories founder and board chairman, opened the celebration. “We were looking at several locations, and the Lord led us to Lancaster, South Carolina.”

Ralph Norman, Congressman for South Carolina’s fifth congressional district, shared the following video message, “I am very impressed by the work you all have done. Two things impressed me about Nutramax Laboratories. First, seeing the ten commandments on the wall and hearing about their weekly Bible study. They are truly a faith-based company. Second, they treat every employee as if they are a part of the family. It is not often you see that in companies.”

“Nutramax Laboratories legacy is that they serve God, their family, and their community; in that order,” Congressman Ralph Norman concluded.

“Without the employees, we wouldn’t be anywhere,” Robert Henderson said. “We needed dedicated and hard workers who wanted to come to work every day. Lancaster, South Carolina provided us with that type of community.”

South Carolina Governor, Henry McMaster, said, “The traditions, the culture here at this company that’s been built by this family and those that have become a part of this family is really, really extraordinary. The one thing that you may not have noticed, I’ve noticed this, I’ve been here before and have been on the tour and looked at those machines, is a commitment to precision and excellence. It doesn’t just exist here. They measure everything and test it on the way in and on the way out and while it’s here.”

The celebration included a traditional shovel and hardhat ceremony for a groundbreaking with a Nutramax Laboratories family twist – all the employees took part in the celebration along with Tucker, a nine-year-old black lab, who with a wagging tail dug the dirt to find a tennis ball with our Cosequin® logo.

Todd Henderson, DVM, the CEO of Nutramax Laboratories, concluded the program, “We appreciate the Lancaster community. You have made us feel welcomed and at home here. Thank you all for celebrating with us.”

Since 1992, Nutramax Laboratories has been researching and developing high quality nutritional supplement products for people and their pets. Nutramax Laboratories operates facilities in both South Carolina and Maryland and continues to be an industry leader in setting and adhering to high standards in research, manufacturing and quality control. Our consumer health products are made in Maryland, including our flagship product, COSAMIN® for joint health, and AVMACOL® with our Sulforaphane Production System®. Our animal health products include COSEQUIN® and DASUQUIN® joint health supplements, DENAMARIN® for liver support, PROVIABLE® for digestive health, SOLLIQUIN® for behavioral health, and WELACTIN® for skin/coat health. With a strong pipeline of innovation, two new veterinary exclusive products entered the market recently: IMUQUIN® for immune system health, and MYCEQUIN®, a yeast-based probiotic, with products to come. 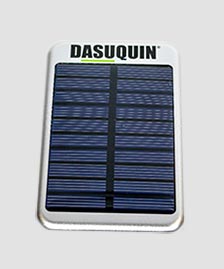